Cooks of Bedford started over 75 years ago selling ex military tools out of a converted ambulance. Jim Carrier bought the business from Ron Cook in 1960 by which time it had moved from the ambulance to a premises in St. Mary's Street, Bedford. As the business grew, Jim moved it to Midland Road in the centre of Bedford in 1964. 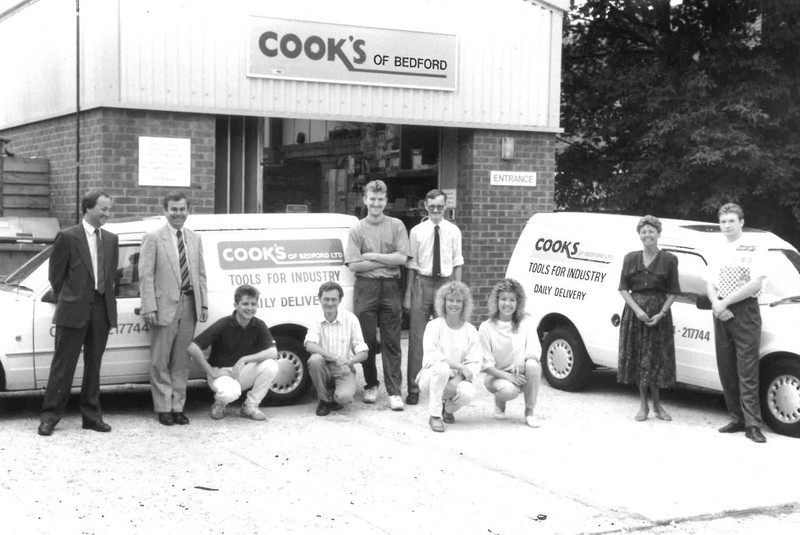 Above: This photo was taken at the back of the Midland Road premises around 1989. 2 members of staff seen in this picture still work for us today, both having worked up from picking and packing in the warehouse to their current roles as Directors.

Below: The sales office at Midland Road. At this point we had 1 computer in the whole business. 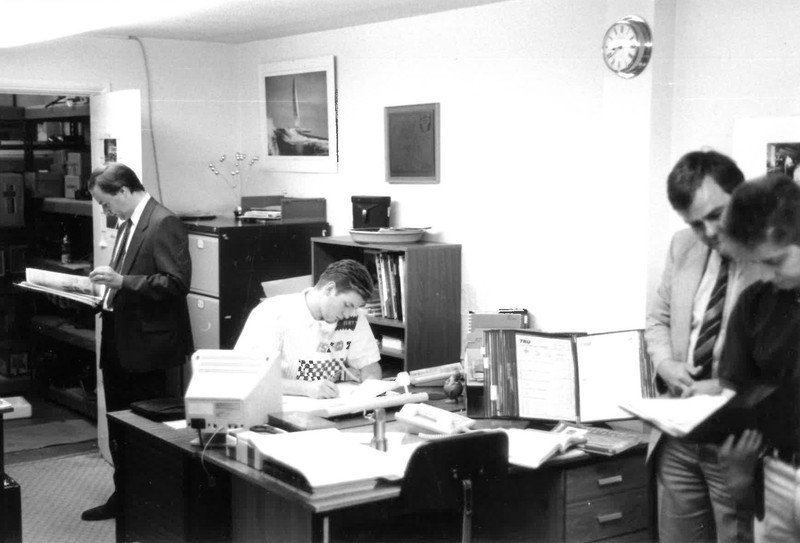 Jim's son, James Carrier, took over the business in 1997 and later that year we had grown to a point that Midland Road was no longer suitable. We then moved to an industrial unit in Kempston in 1998, where we continued to to grow. With the start of online selling, we soon realised that buying in bulk was the only way to remain on the front foot in an ever competitive market. While in Kempston we saw a large change in how we operated as a business and this was to path the way for our current success.

Below: Our Brooklands premises in Kempston. This is when stock started coming in by the pallet, instead of single items. 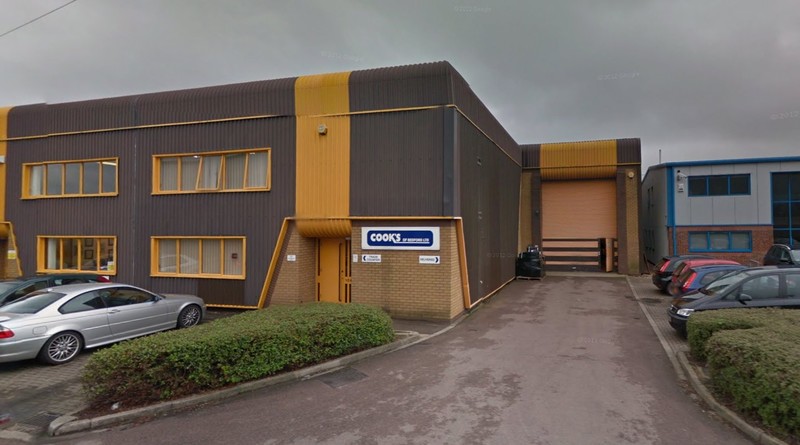 By 2010 we were again finding ourselves in the position of needing more room, and in 2012 we were proud to move to our current Arkwright Road premises, taking up 2 large industrial units. Our offices were custom built for us in order to be able to run as efficiently as possible. Our trade and internet sales have continued to grow, and with the addition of more staff we are now in a position to be able to offer more products and services than ever to our ever increasing customer base. 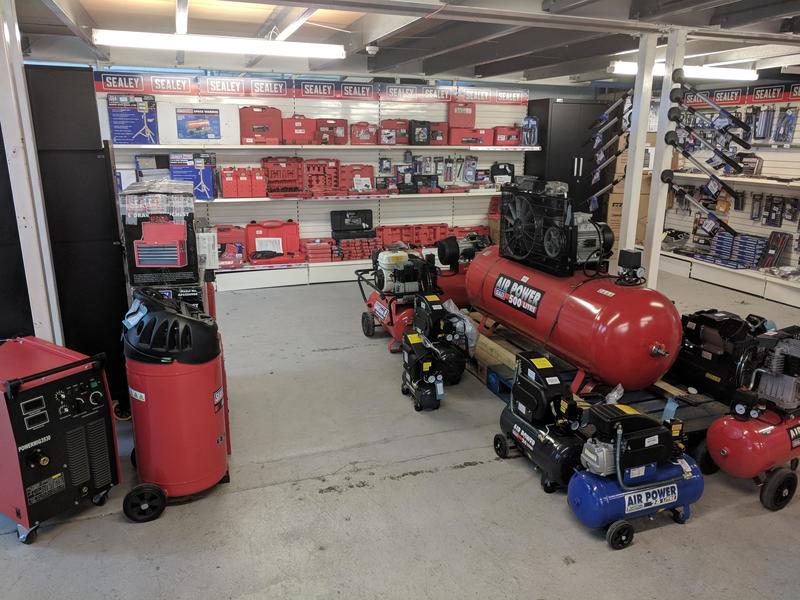 Above: A small area of our ex display showroom, with a variety of products at huge savings.

Below: Our current premises in Arkwright Road, Bedford 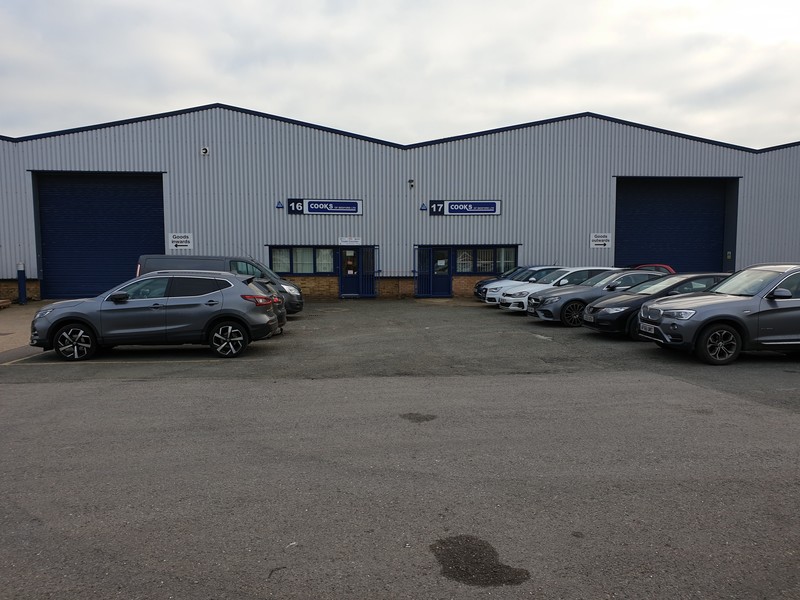 Cooks of Bedford also have a long running tradition of attending trade shows, originally local shows in Bedford, Kimbolton and Peterborough, to large scale national shows in London, Birmingham, Manchester and many more. We make use of our close relationships with suppliers to be able to offer exceptional deals on the day. 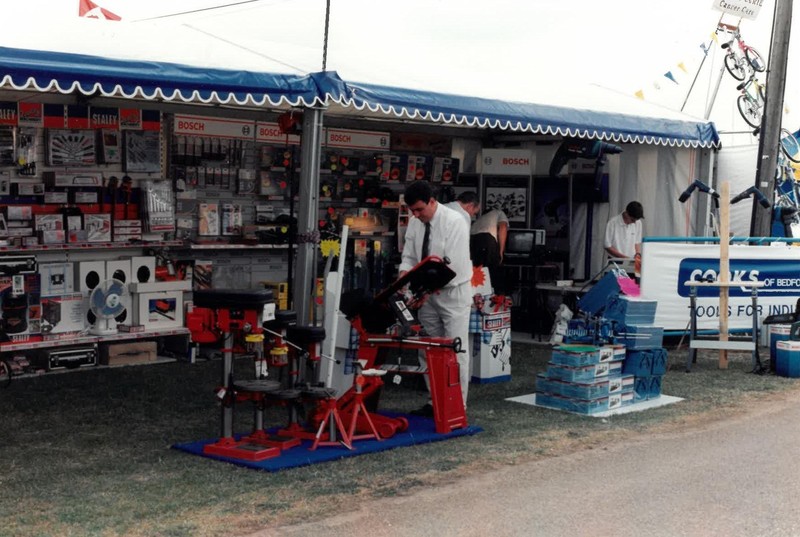 Above: Cooks of Bedford attending the East of England show, Peterborough 1996

Below: A show at the same venue, Peterborough, but this time in 2018. You can see that we now operate a fully mobile showroom with over 500 product lines all at exclusive show deal prices, as well as being able to offer you a fantastic deal to deliver items not on the stand. 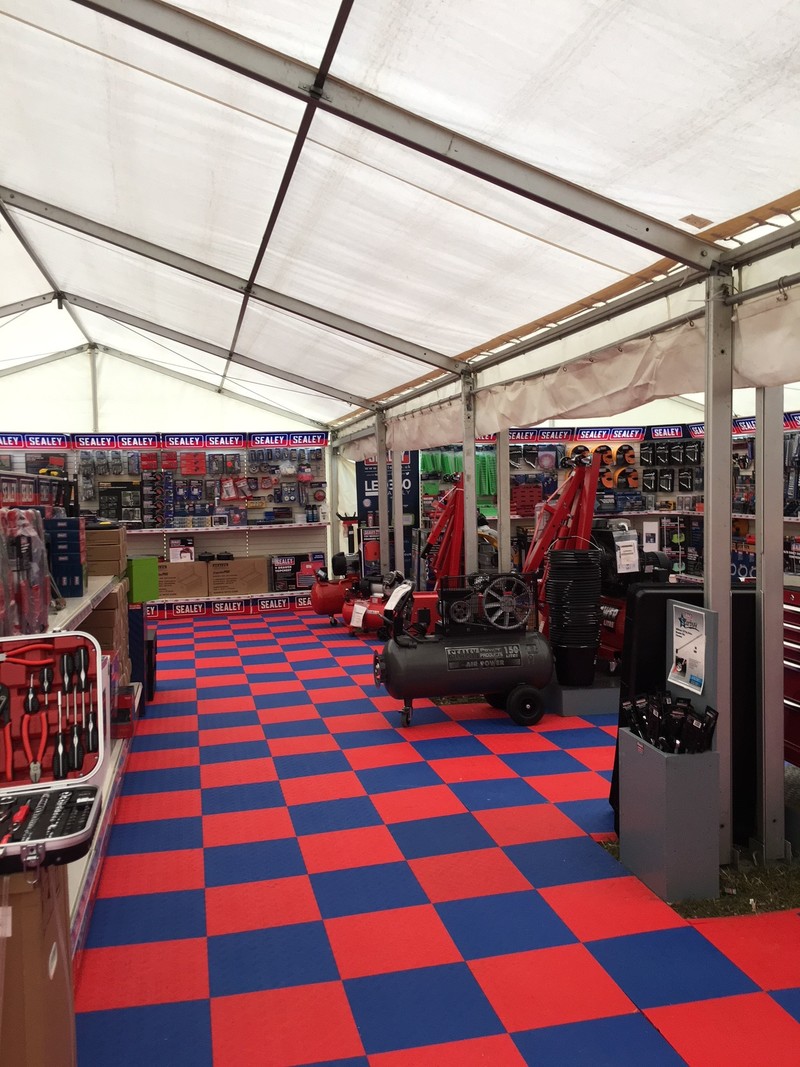